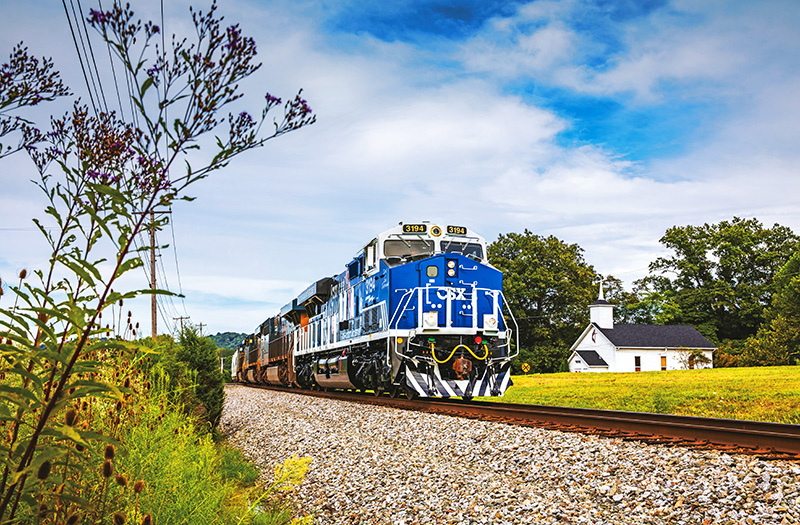 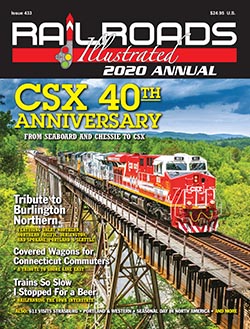 CSX Train Q693 rolls through pastoral scenery along the Big Sandy Subdivision near Buchanan, Ky., on August 25, 2019. ES44AH 3194 is in the lead. The GE unit has just been released from Huntington earlier in the week and is making its maiden voyage. The unit’s paint scheme honors the men and women who serve in law enforcement. See a variety of CSX-painted units plus images from Seaboard, Chessie, and B&O in Railroads Illustrated’s 40th anniversary tribute to CSX. —Samuel Phillips photo 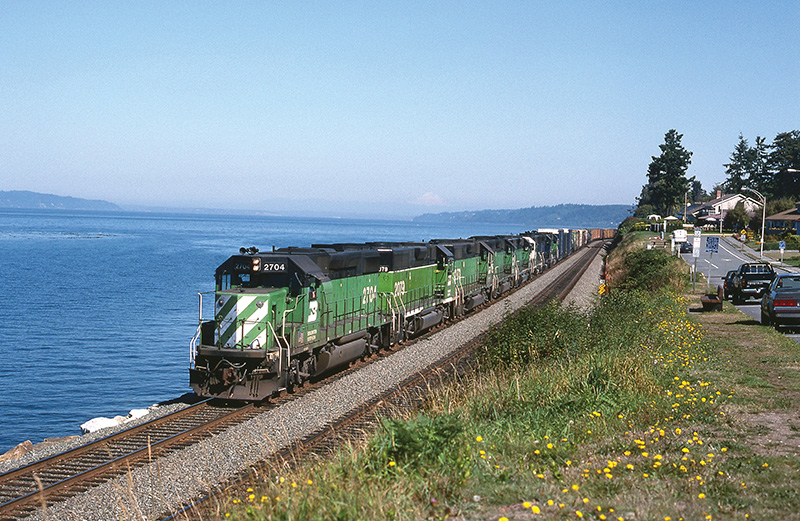 One of the most popular trainwatching spots on the entire BNSF Railway (former Burlington Northern) system is Edmonds, Wash. Burlington Northern GP39-2 2704 and seven more EMD units (including one Montana Rail Link) lead a southbound freight in the late summer of September 1995. Mount Baker is visible in the background. This year marks the 50th anniversary of Burlington Northern, formed from fallen flags of the Great Northern; Northern Pacific; Chicago, Burlington & Quincy; and Spokane, Portland & Seattle. See images from these roads and a variety of BN pictures in RRI’s pictorial tribute. —Steve Jessup photo 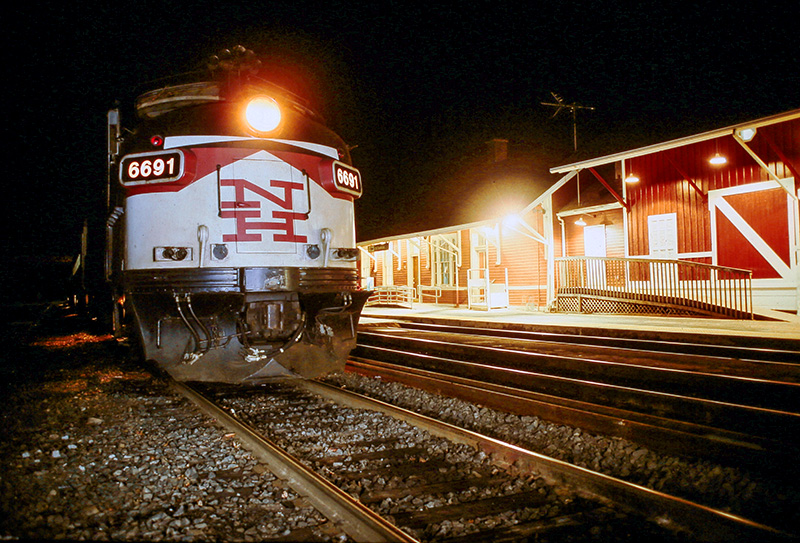 The engineer has sidetracked F7 6691 on the evening of January 26, 1996, at the Old Saybrook station and gone for pizza (taller building at right). It was requested the headlight be turned to dim for this photo. GP40-2H units spelled the beginning of the end for Connecticut’s Shore Line East F7s. But before they went away, author Al Crossley (who lives near New London, Conn.) spent many a warm summer evening along Amtrak’s sinuous right-of-way, capturing boldly and nostalgically painted F-units and Geeps and their tidy, three- and four-car trains. Join us for a look back at Shore Line East’s F-units. —Al Crossley photo 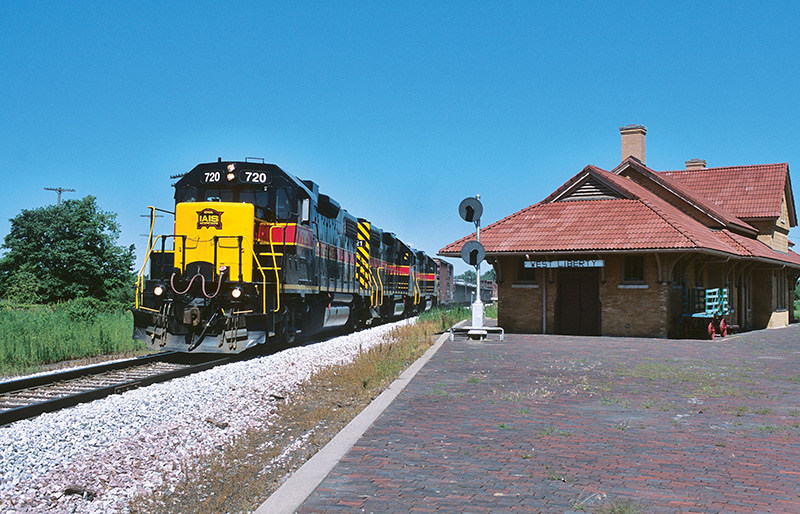 Trains So Slow, I Stopped for a Beer

Eastbound Iowa Interstate daily freight CBBI passes the scenic depot at West Liberty, Iowa, on July 11, 2007. On the point is GP38-2 720, originally built for Penn Central in August 1972. Speeds on this regional railroad are not exactly ballast burning, as the author finds out. In fact, they’re so slow that these railfans can visit a brewery and have a beer before returning to the rails for more photos … even of the same trains! Enjoy the views along the rails of the Iowa Interstate Railroad with EMD’s Geeps and SDs in command. —Carl Graves photo 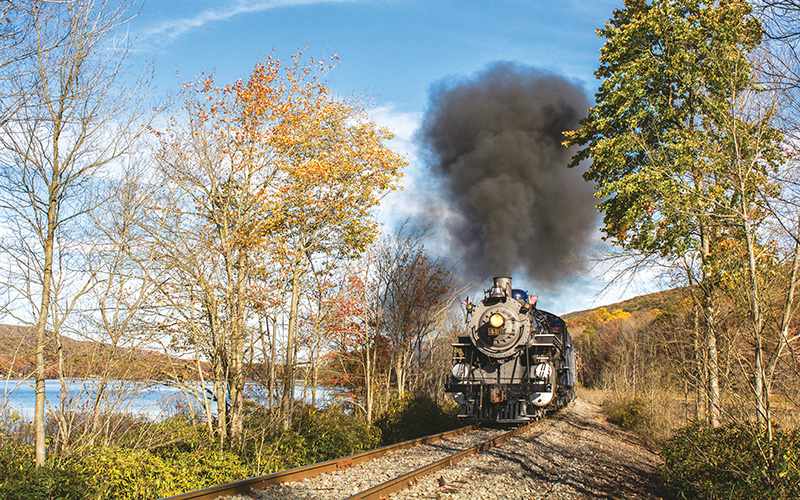 Amidst fall colors, Reading & Northern No. 425 roars past Lake Hauto and into the bottom of Hometown Hill as she makes haste heading south toward Port Clinton and Reading, Pa. Railroads Illustrated presents its first-ever “Seasonal Day in North America.” Photographers were able to capture trains on one day in each of the four seasons — summer, fall, winter, and spring. We’ll keep you posted on the days for next year’s “Seasonal DINA,” so have your cameras ready! —Michael Wilson photo

See these and more stories and photos in Railroads Illustrated Annual 2020!