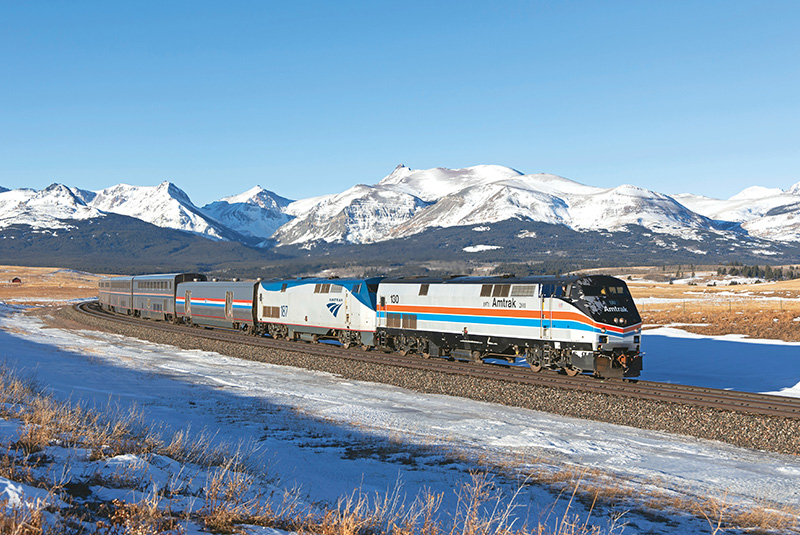 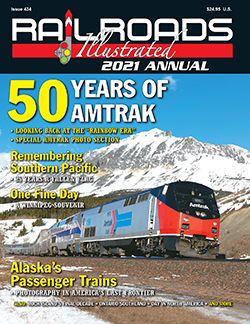 Railroads Illustrated 2021 Annual is an exciting portfolio of colorful railroad photography from coast to coast, from classic to contemporary. Amtrak P42DC 130, dressed in the Phase 2 design with the years commemorating Amtrak’s 40th anniversary, heads east at Grizzly, Mont., near East Glacier Park. The train is running on December 2, 2020. Amtrak was formed in 1971 and celebrates its 50th anniversary. Railroads Illustrated pays tribute to our nation’s passenger carrier with a look at the “Rainbow Era” and a special photo section covering a half-century of operations. —Justin Franz photo 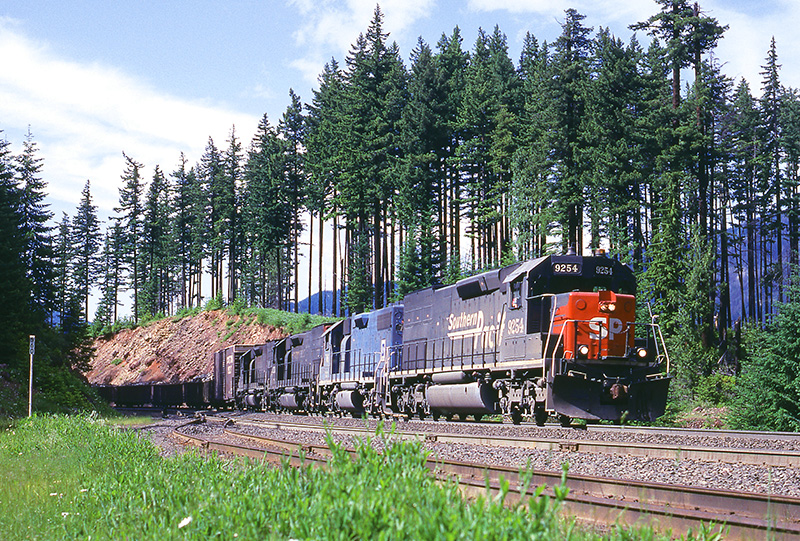 SP SD45T-2 9254 plus two more tunnel motors and a leased EMD GP38 glide downhill at Wicopee, Ore., in June 1993. Southern Pacific has been gone for 25 years, but the railroad had a good run until the flag came down in 1996. Growing up on SP, Railroads Illustrated editor Steve Jessup has fond memories of the line’s western operations and shares a few images of one of his favorite roads. —Steve Jessup photo 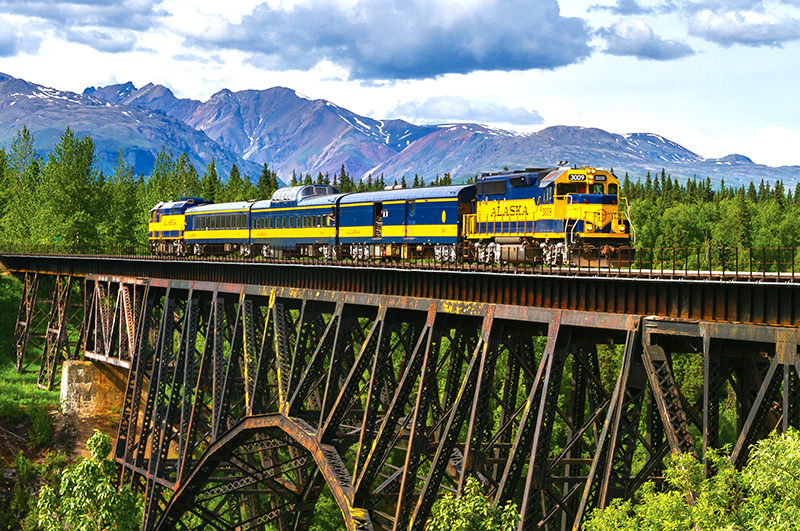 Alaska Railroad’s Hurricane Turn sits atop the railroad’s iconic Hurricane Bridge as the passengers soak up the beautiful views before changing directions and heading back to Talkeetna. You’ll find this image and many more spectacular views along the Alaska Railroad as passenger trains carry visitors through amazing scenery in our country’s 49th state. —Frank Keller photo 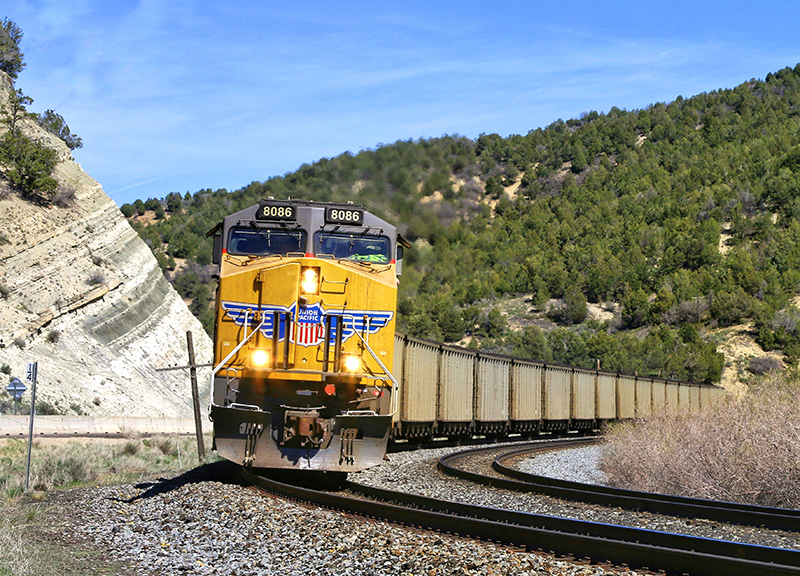 Celebrating the Transcontinental Railroad… In the Right Place!

On May 12, 2019, a loaded coal train rolls west at about MP 666.25 on UP’s modern-day Provo Subdivision tucked between U.S. Route 6 at left and dry Soldier Creek to the right. Freight action in eastern Utah isn’t what it used to be on the old Denver & Rio Grande Western. But Union Pacific runs a few main line trains plus the Potash Turn along the Cane Creek Branch. If you’re lucky enough to catch them, you’ll come away with some prized pictures. —David Blazejewski photo 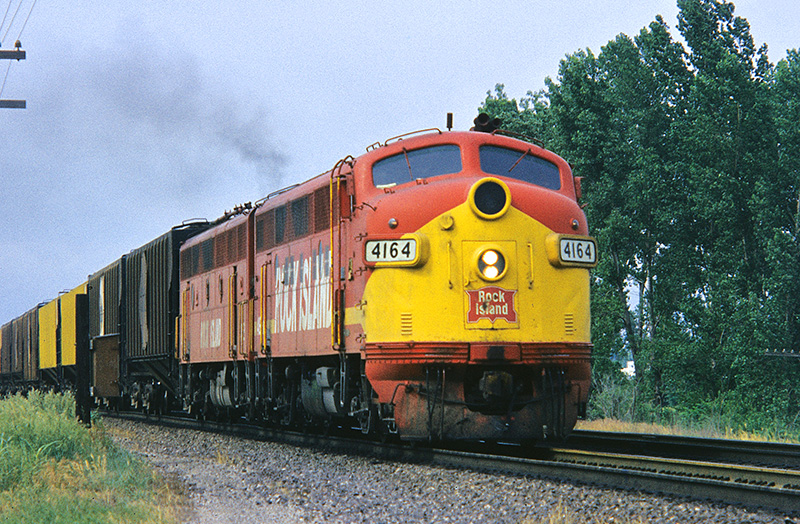 F9A 4164 and an equally old B-unit lead an eastbound grain train as it passes through Lawrence, Kan., in June 1974. Between Topeka and Kansas City, Rock Island trains traveled over a double track line owned by the Union Pacific, which invested much more money on its right-of-way than did Rock Island on its tracks. “Oh, the Rock Island line, she’s a mighty good road” wasn’t reality in Rock’s last decade. She was a mighty sad road with rickety rails and deteriorating equipment. But before she went into the history books, the author sought to capture the end of this interesting railroad. —Carl Graves photo 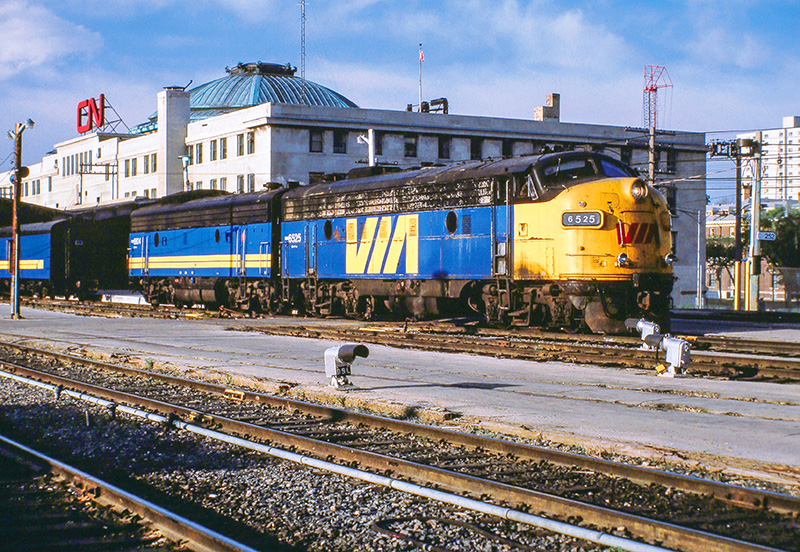 VIA Rail Train No. 4, the terminating Super Continental from Vancouver, has pulled into the Winnipeg station on May 24, 1986. Now with its work done, the well-weathered and tired-looking 6525-6604 combination cuts off its train. Note the mismatched digits in the A-unit’s numberboards. The CN/VIA station dominates the background. At the time, Super Continental and the Canadian ran on their historic Canadian National and Canadian Pacifci routes respectively. This fine day turned out to be a Winnipeg souvenir and a gift to the author. Although his friend never made it there, the author took advantage of this opportunity to capture a few images of morning and afternoon passenger trains and freights. —Al Crossley photo 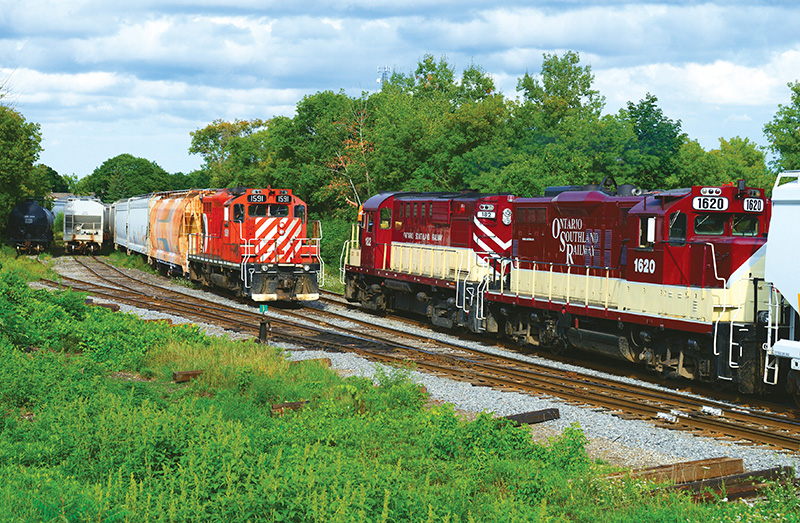 Job 1 brakeman Tom Domladovic waves hello from Ontario Southland Railwayu RS-18 182 as Job 1 meets OSR’s Job 2 in the siding in Guelph’s Lower Yard on August 17, 2020. With unmistakable Canadian Pacific heritage, 1591 fits perfectly in Guelph as this was the motive power used prior to 1998. Meets were difficult to capture and predict, but all the stars aligned, including the sun, and a recent brush cutting made this angle possible only weeks prior. The last days of the Ontario Southland Railway Guelph Junction Railway Division are presented in this feature. —Stephen Host photo 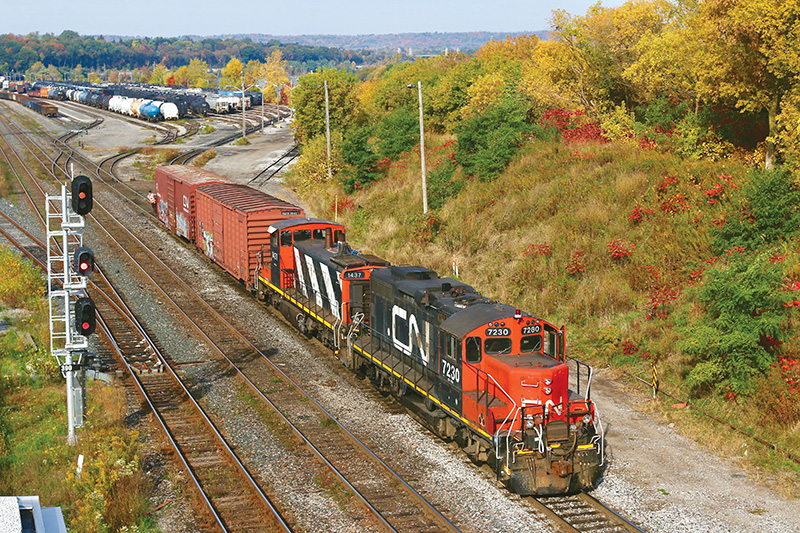 CN GP9RM slug mother 7230 (minus slug) and GMD1 1437 are busy switching cars in the Hamilton, Ontario, yard on October 31, 2019. Canadian National’s Geeps and GMD1s have been keeping the rails polished in this region for more than 60 years. How much longer they can go is anybody’s guess. The author catches them in action between 2008 and 2021. —Marcus Stevens photo 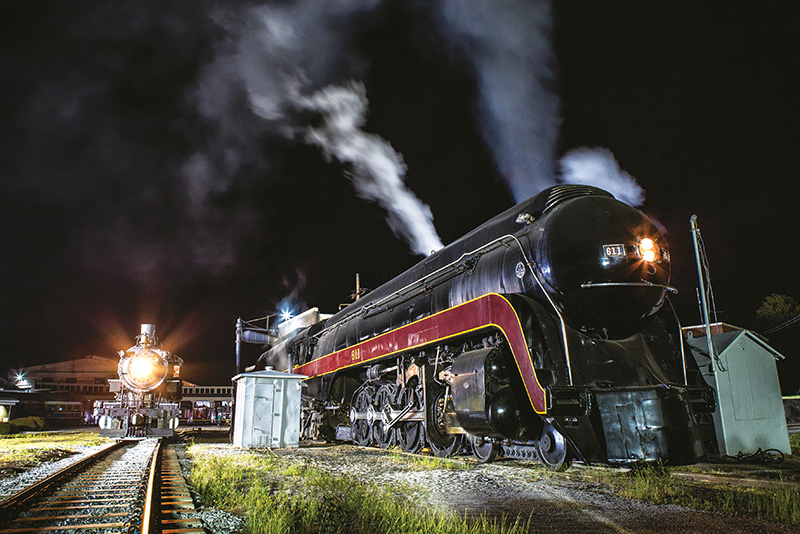 N&W 611 stops under the water plug inside the yard of the North Carolina Transportation Museum in Spencer. Built in 1950, 611 is the only remaining Class J 4-8-4 of the Norfolk & Western Railway. She is celebrating her 71st birthday this year. Railroads Illustrated presents its second Seasonal Day In North America from all of our contributors. —Michael Wilson photo 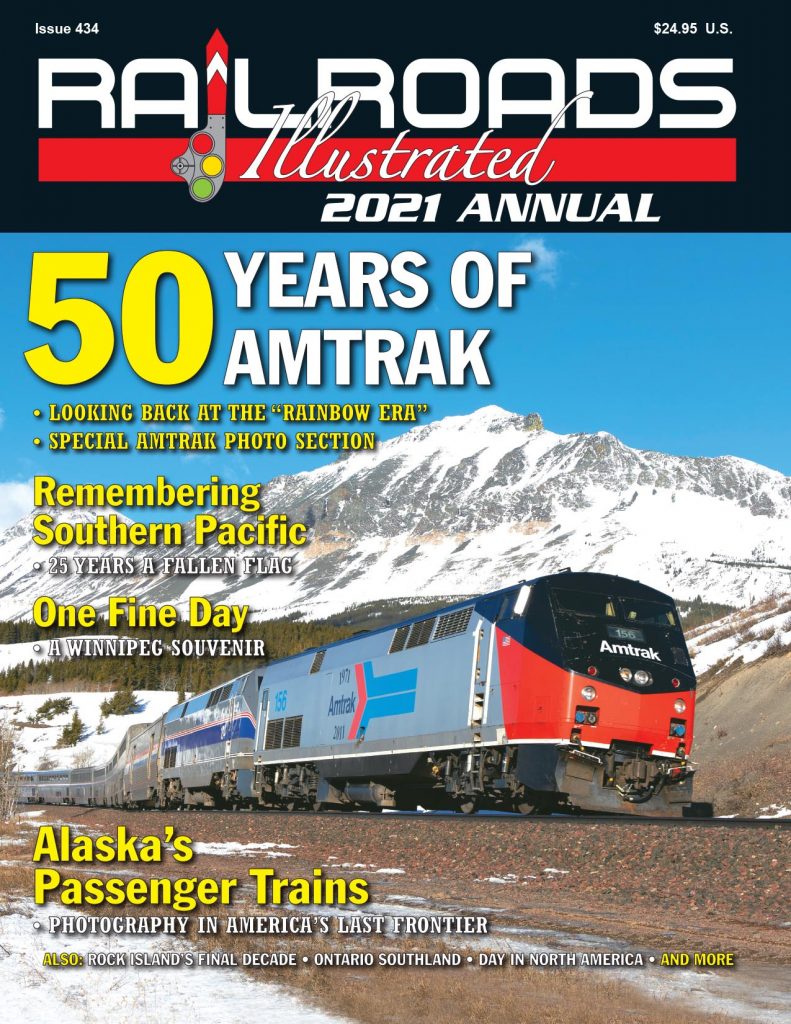