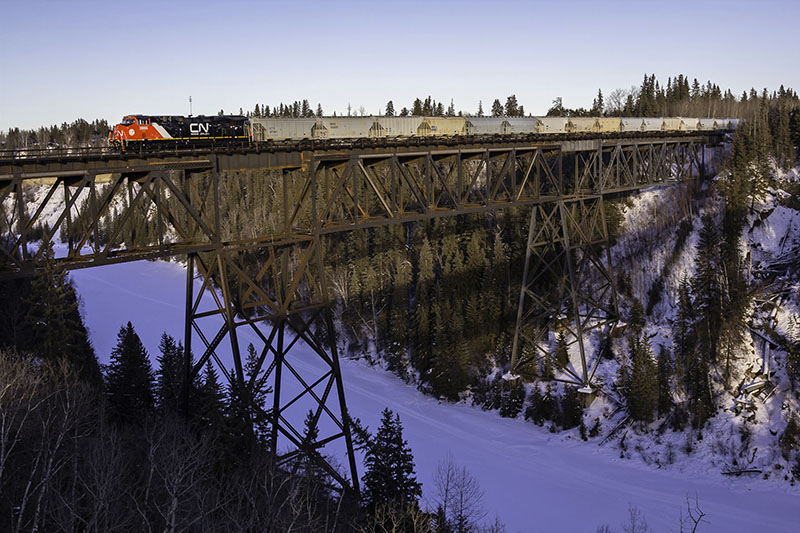 Shadows slowly creep up the side of the impressive steel bridge across the frozen Pembina River as brand new General Electric ES44AC 3866 slows Canandian National intermodal Train Q119 to take the siding ahead at Evansburg, Alb., on the Edson Subdivision. —A.J. Shewan photo 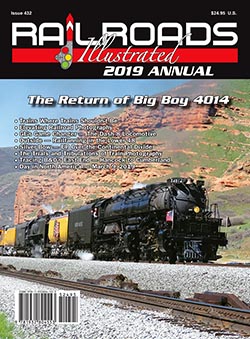 Railroads Illustrated Annual is packed with exciting photography covering a wide spectrum of railroading from classic to contemporary, and from coast to coast. This year’s “Day in North America” event took place on March 9, 2019, as photographers headed trackside to capture a typical day on the rails. Order your copy of 2019 Railroads Illustrated Annual today to see the results! Mark your calendars now to participate in our new seasonal DINA events, the first of which took place on August 17, 2019. See the full schedule here.

We get hundreds of submissions each year to consider for publication. Of course, we didn’t have room to include every image that was submitted to us, but here are a few we’d like to share with you. 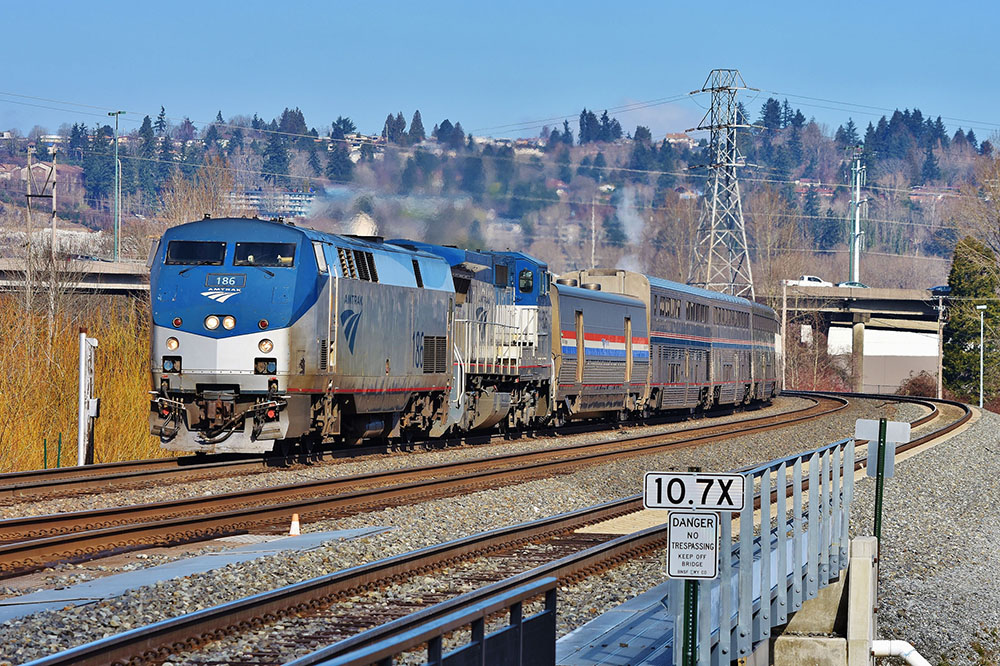 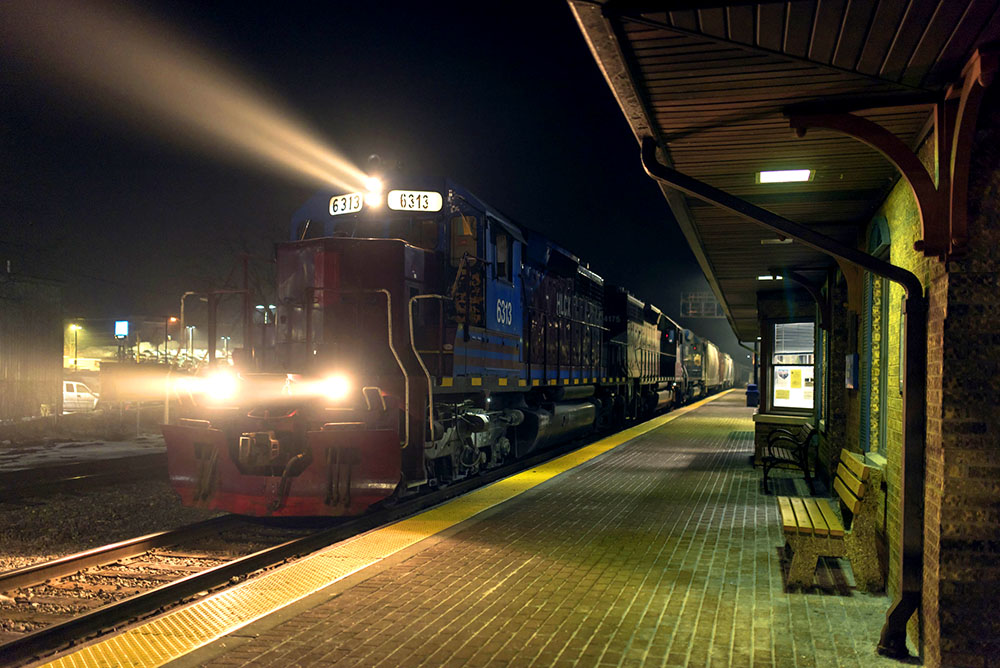 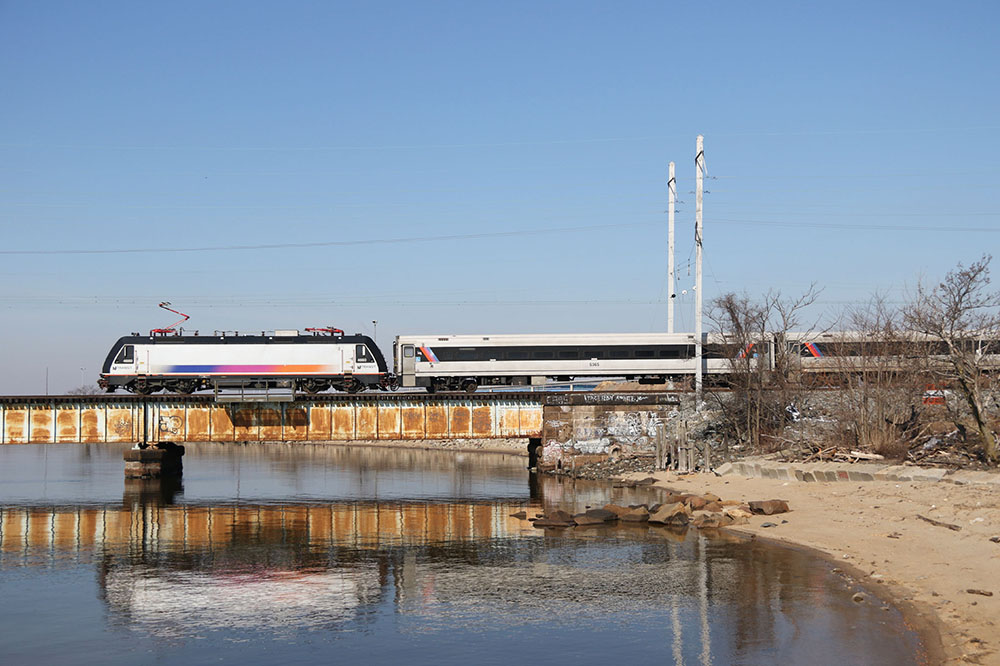 NJ Transit Train 7220 is being pushed by a Bombardier ALP46A into Perth Amboy, N.J., on the North Jersey Coast Line route. The train is operating from Long Branch, N.J., to Penn Station in New York City. The scene is at the far north end of the Raritan River crossing. —Carl G. Perelman photo 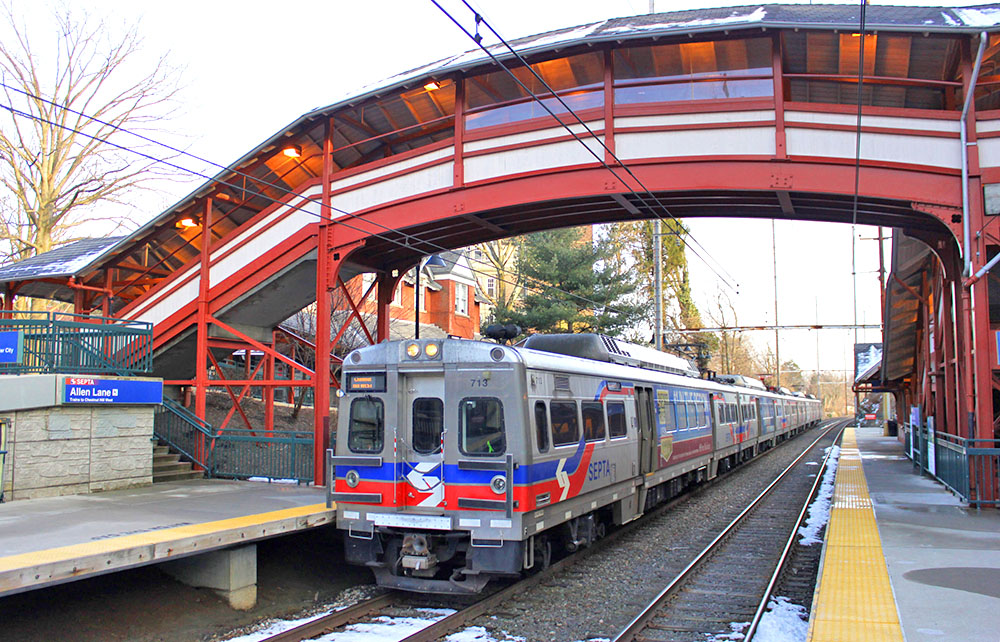 SEPTA Train 839 is seen arriving at Allen Lane Station located in the Mt. Airy section of Philadelphia. Built in 1885, this station is located on the former Pennsylvania Railroad Chestnut Hill branch, complete with a covered walkway to the inbound side. The walkway was rebuilt in 2000 when high level platforms were installed. The line was opened in 1884 and it was electrified in 1918. —Christopher Blaise photo 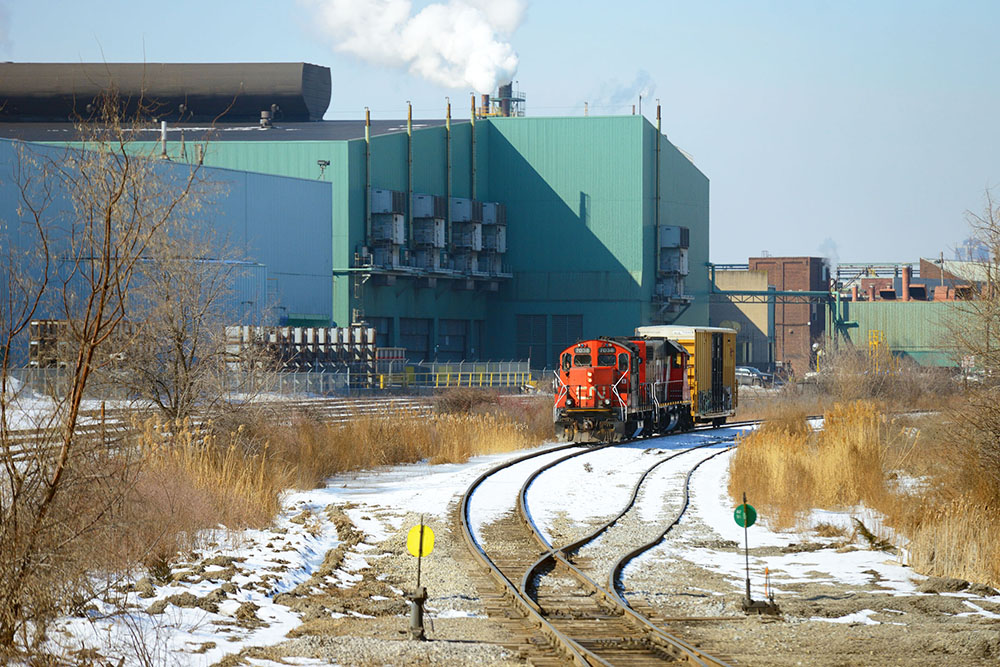 Canadian National’s 0700 Hamilton yard job is rounding the curve with the Dofasco Steel Mill looming large in the background. GP9-RM 7038 and GP38-2 4704 have one boxcar in tow on this winter day in Hamilton, Ont. —Stephen Host photo 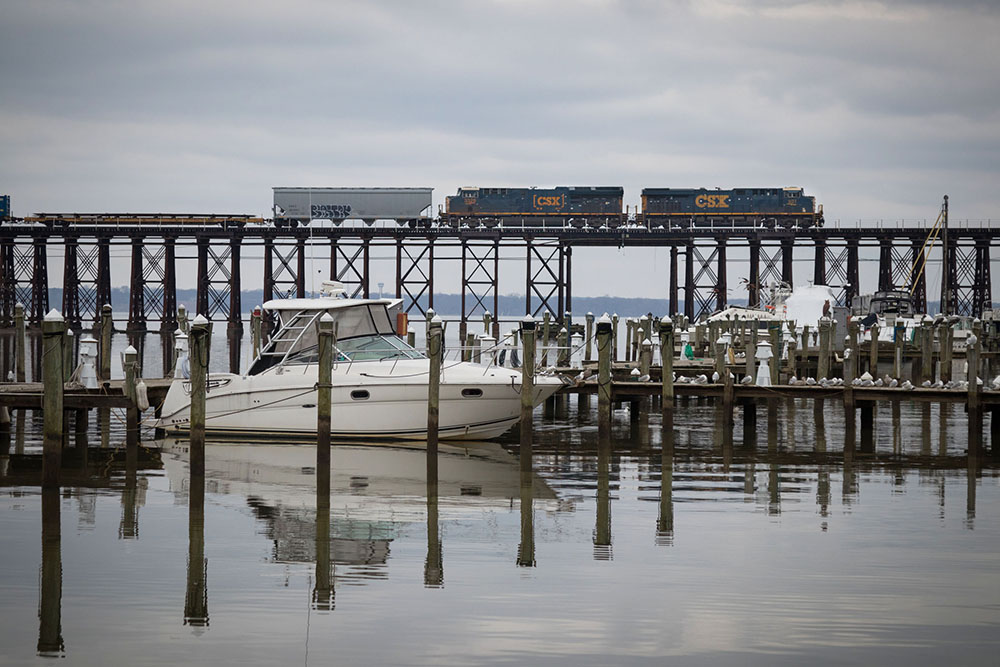 Heading south on the RF&P, CSX mixed freight Q415 makes its way across the Neabsco Creek trestle near Woodbridge, Va., at 4:15 p.m. The train was long enough to warrant a mid-train DPU. —Tyler Nolan photo

Order your copy of the 2019 Railroads Illustrated Annual today!