On the backside of Cajon Pass at Lugo, Calif., BNSF ES44C4 8027 and three more General Electric diesels guide a stack train toward Hesperia. In the upper left, the San Gabriel Mountains are coated with fresh snow from a vigorous storm. Photo by Steve Jessup 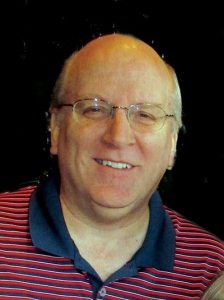 WRP is pleased to announce that Steve Jessup, current editor of several historical society publications, including North Western Lines, L&N Magazine, and C&EI Flyer, has been appointed as editor for the Annual. Steve Jessup came to White River Productions in 2007, and has been active in railway journalism for 37 years, and frequently writes and photographs for other WRP magazines. Steve was a coauthor of The Complete Book of North American Railroading. Since 1982, he has written numerous features for Railroads Illustrated, Railfan & Railroad, the NRHS Bulletin, Railroad Model Craftsman, Trains & Railroads of the Past, Model Railroad News, Passenger Train Journal, Trains, and Rail Classics.

Originally from Pomona (former home to Union Pacific Big Boy 4014), Steve grew up in California. He studied journalism at College of the Sequoias and Southern California College, holding sports editor and editor-in-chief positions for his college newspapers. He was the sports editor of a Seattle-area newspaper from 1982 to 1991. Then he moved on to become publications director for Pro Athletes Outreach through 1996, working alongside active and retired players from Major League Baseball and the National Football League.

Through the years Steve has captured much of the rail scene in the Pacific Northwest and, more recently, documented eight years of rail traffic through downtown Kansas City at Union Station. His other railroad interests include modeling the contemporary era in N scale and riding long distance on Amtrak. Steve and his wife, Julie, and daughter, Angela, currently live in Idaho.

Submissions of photography and features for consideration should be directed to editor Steve Jessup. For FTP upload information, please contact the editor. Should you have items to mail, please send to:

Railroads Illustrated Annual can trace its roots back to CTC Board, founded in 1970 as a monthly publication highlighting topics of local interest distributed among West Coast railfans. It was later expanded into a glossy monthly magazine format with national distribution. The magazine was acquired by White River Productions in 2007 and renamed Railroads Illustrated. The monthly magazine was converted into an annual photography showcase starting with the 2015 edition.