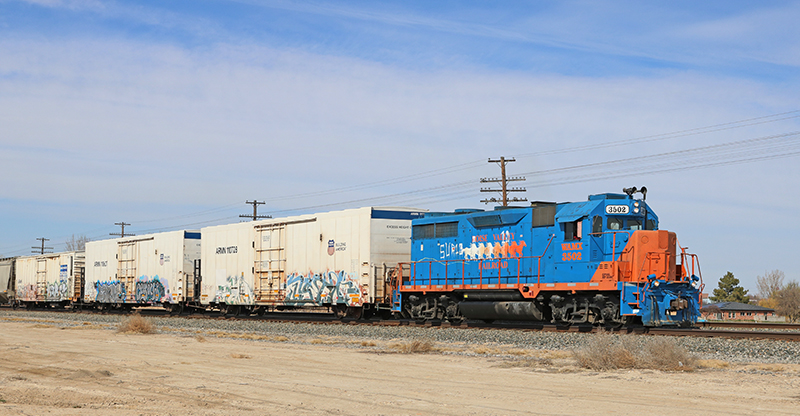 Boise Valley GP35L 3502 takes a block of Union Pacific reefers back to the yard at Nampa, Idaho, on March 13, 2020. This unit is a former Western Pacific GP35. With Union Pacific’s sparse traffic on the main, the local is just about the only thing a railfan can enjoy during an afternoon of train watching.

Where have all the trains gone? A trip out to my neighborhood’s main line last year was good for four or five trains in as many hours. The line handled about 20 trains per day. Now, you sit around for four or five hours and maybe you’ll get one if you’re lucky.

A recent survey of Union Pacific rail traffic was pretty appalling. The busiest main line in North America, the UP trunk between Gibbon Junction and O’Fallons, Neb., had approximately 130 trains a day back around 2003. Now the line sees about half that number, and 25 to 50 percent less is about par for much of their system.

Why? For starters, coal traffic out of the Powder River Basin has all but dried up as power plants turn away from this rich resource. Then you have the reduction caused by money-hungry rail executives who have implemented some form of Hunter Harrison’s Precision Scheduled Railroading (PSR) operating plan. And now, new for 2020 and perhaps beyond, you have a worldwide virus causing manufacturers to shut down completely (or operate in a very limited fashion), meaning less product and less to ship. That not only affects local lines, but it also closes ocean lanes, greatly reducing intermodal volumes.

Class I railfanning has suddenly become non-existent in some areas. My camera has just about died of loneliness. So it’s time to shine the light on the “little guys.” Here’s a sampling of a few past and present small railroads who appear (or appeared) interested in moving freight or serving people in some capacity. 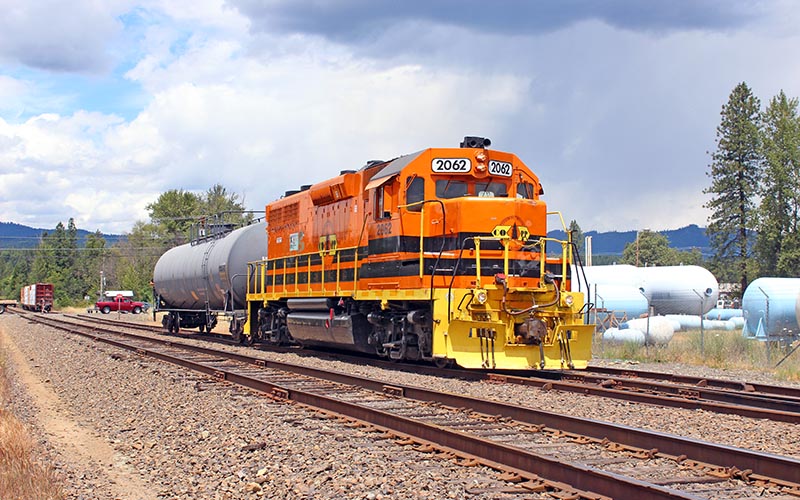 Operating on Southern Pacific’s old Siskiyou Line, Central Oregon & Pacific takes care of its customers with haulers and locals up and down the line. Train 201, the Merlin switch job out of Medford, prepares to spot a tank car for Blue Star Gas at Merlin on June 15, 2016. The GP38-3 will then pick up the lumber loads in the background and head back to Medford. 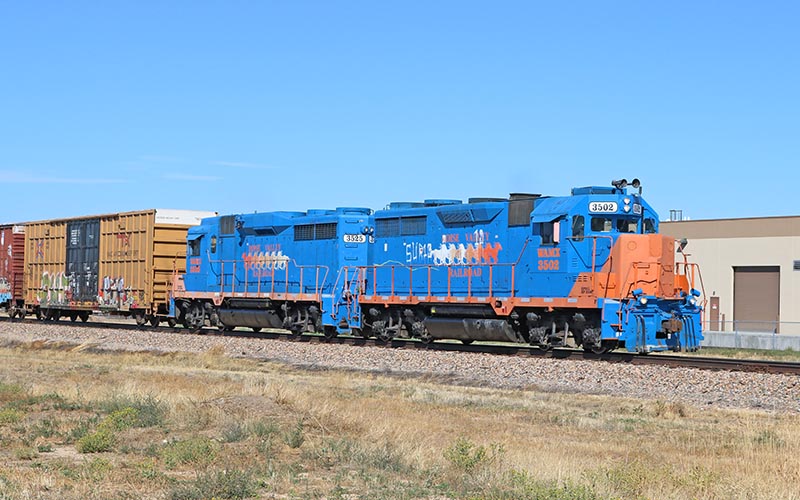 While Union Pacific operations are completely quiet a few miles away, the Boise Valley Railroad makes its weekday runs from Nampa to Boise and back. On September 12, 2019, GP35 3502 and GP30 3525 are on the move again in Meridian after a brief switching maneuver. The Boise Valley used to switch the MotivePower, Inc. plant in Boise, but the facility shut down and moved its jobs to Erie, Pa. 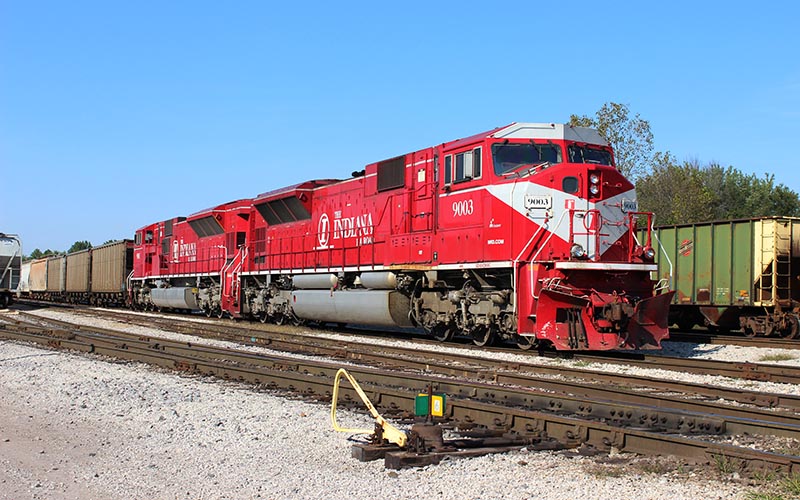 The Indiana Rail Road doesn’t look so little when you’re sporting modern SD90/43MACs for power. On September 19, 2014, INRD 9003 and 9011 are coupled to a freight at Hiawatha Yard in Jasonville, Ind. Both units are former CEFX leasers that were originally dressed in maroon. As you might suspect by the name, the yard used to be property of the Milwaukee Road, later Soo Line, and presently Canadian Pacific. 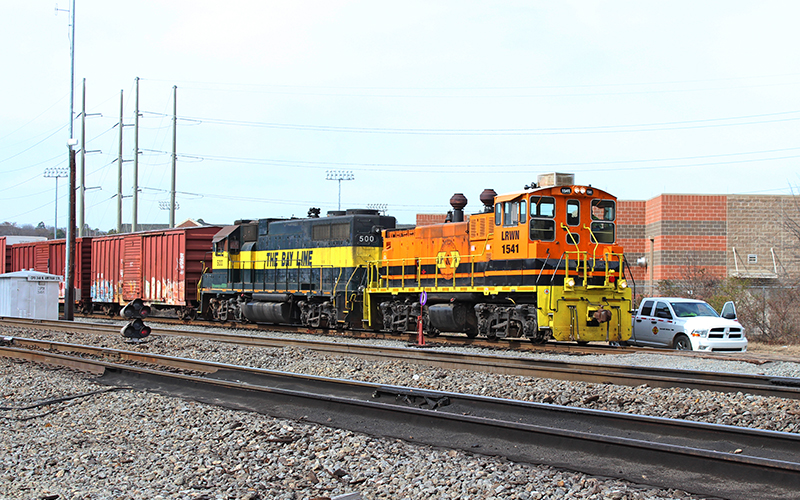 Little Rock & Western Railway SW1504 1541 brings a small freight into Little Rock, Ark., on February 13, 2015. The short line interchanges with UP and BNSF at North Little Rock Yard. The train will head back to the branch later in the afternoon. Helping in the power department is Bay Line-painted GP38 500, a nice surprise for the day. 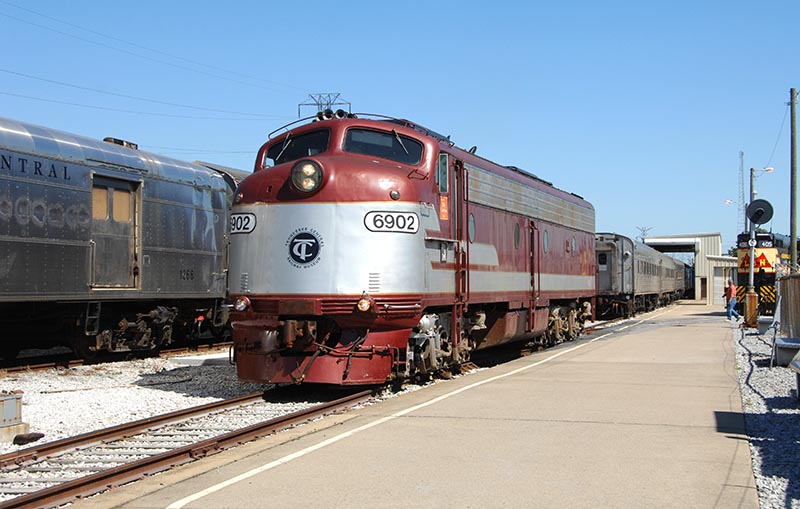 The Tennessee Central Railway Museum excursion train has returned to Nashville after a trip to Lebanon on September 22, 2012. Former New York Central E8A 6902 finishes a bit of switching after dropping off Louisville & Nashville GP7 405 in the background. 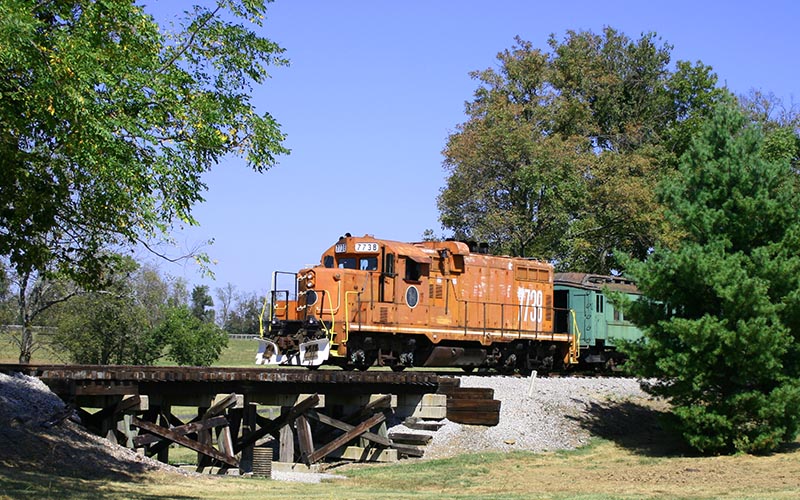 The Bluegrass Railroad Museum excursion train led by GP8 7738 takes passengers for a ride through the Versailles, Ky., landscape on September 17, 2010. A crew member described the day’s excursion like this: “What we had was L&N Historical Society members riding in former Central Railroad of New Jersey coaches on former Southern Railway track with a Chesapeake & Ohio conductor on board, pulled by a former Illinois Central Gulf locomotive that was donated by R.J. Corman!” 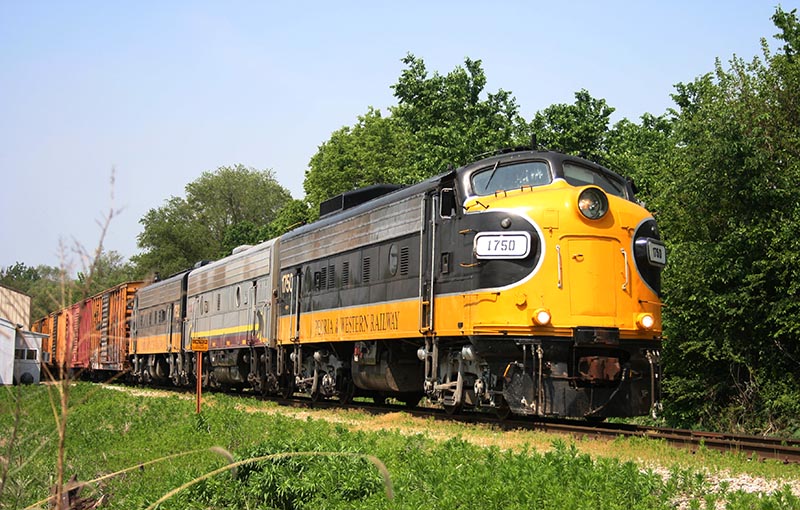 Peoria & Western Railway FP9s are photographed at Mapleton, Ill., in May 2011. The B-unit is an F9B. All are former Canadian National units that also served on VIA Rail and the Algoma Central Railroad. 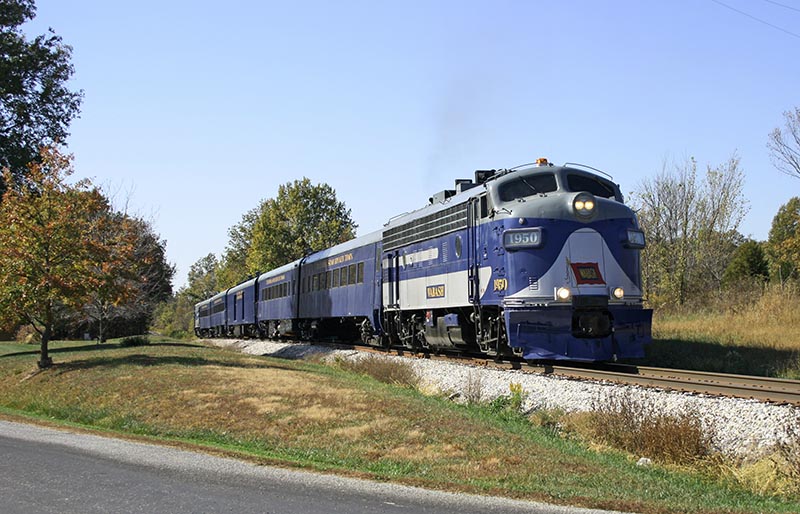 A treat for railfans in central Missouri was photographing the Columbia Star Dinner Train on the ex-Wabash line between Columbia and Centralia. On October 23, 2011, F7A 1950 leads the train north toward Hallsville. The consist is made up of ex-Southern Pacific articulated coaches converted to diners, a kitchen car, and a pair of F7As. The units were former Great Northern, Burlington Northern, and Seattle & North Coast locomotives that were painted into Wabash colors before the start of operations. This operation shut down in 2014. 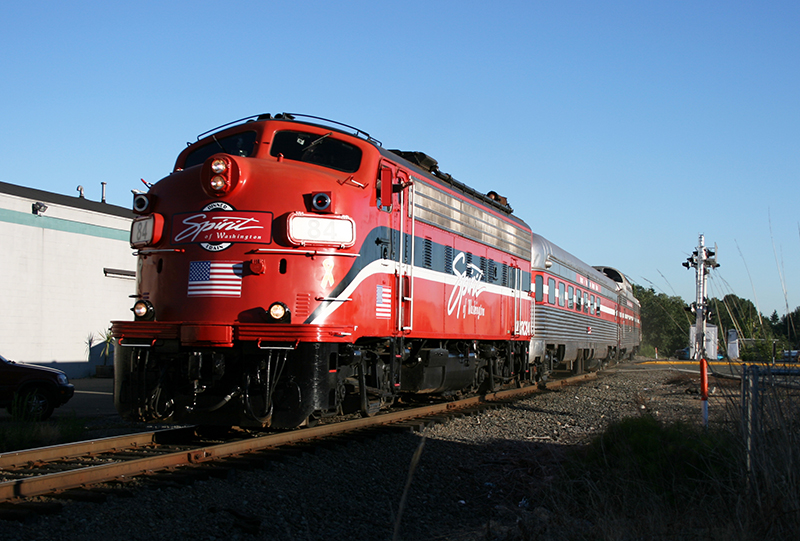 One of the most popular dinner trains in the country was the Spirit of Washington Dinner Train running between Tukwila and Woodinville, Wash. After crossing the famous Wilberton Trestle, F9A 84 is pictured in Bellevue on a northbound run in the summer of 2007. A freeway widening project through Bellevue severed the branch line, and the train moved to Tacoma, but only for a very short time. 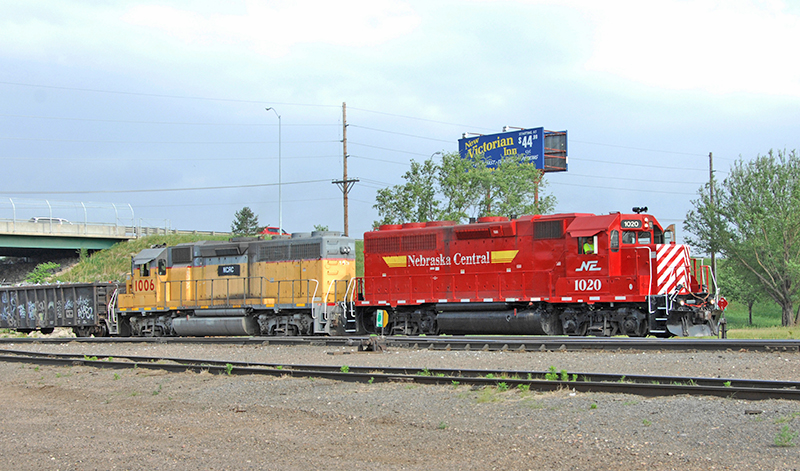