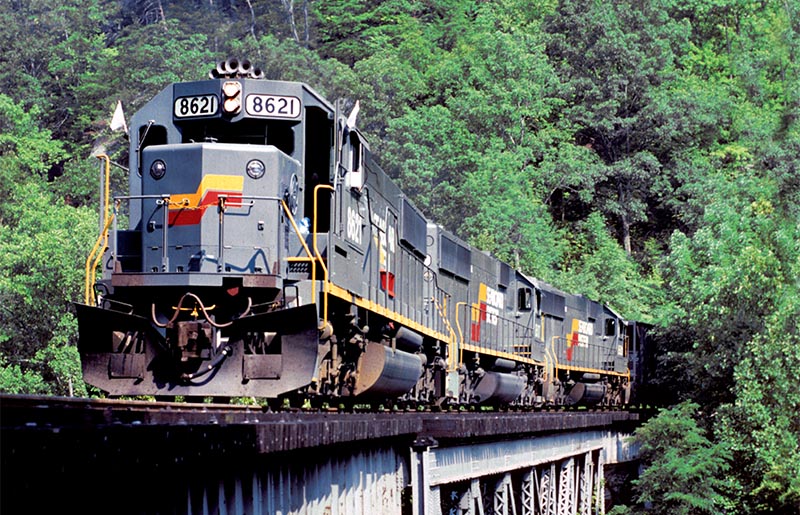 Three SD50s are slowly backing up the former L&N Pennington–Pocket branch with an empty unit coal train on a hot August day in 1985. Here, the train is crossing U.S. 421 and the North Fork of the Powell River. Just around the curve but hidden by the thick Appalachian foliage is a short tunnel — then another crossing of the same river — and a connection with Southern Railway’s Black Mountain Branch then known as “L&N Junction.” The train will be on NS trackage rights from that point to the Mayflower mine of Powell Mountain Coal near St. Charles. Ron Flanary photo 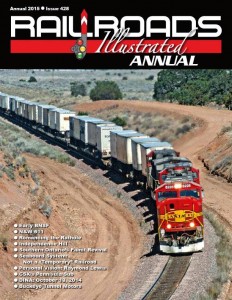 By Ron Flanary/photos by the author

For the record, I didn’t like the Seaboard System Railroad — at least initially. That may seem strange given the thrust of this story recalling a railroad company that lasted a mere three-and-a half years. However, my discontent with Seaboard System came from the fact it erased some familiar railroad names that had been a part of my younger life, particularly Louisville & Nashville and the Clinchfield. Other railroad followers in my age bracket who first became interested in the industry in the 1950s can certainly relate, as their favorite companies — New York Central, Western Pacific, Frisco, or New Haven (the list is long) — were merged, and merged again, relegating their identities to the dustbin of history. But I’ll also admit that Seaboard System grew on me, and by the time it was changed — yet again —to CSX Transportation, I had expended hundreds of rolls of Kodachrome slide film to visually record the company’s locomotives and trains. Today, I’m glad I did, because this was a brief transitional period in the protracted merger movement of the U.S. rail industry, and if I hadn’t been so active in photography at the time, today I would lament the fact I didn’t chronicle this period on film. But I did, and that’s the basic reason for this story. 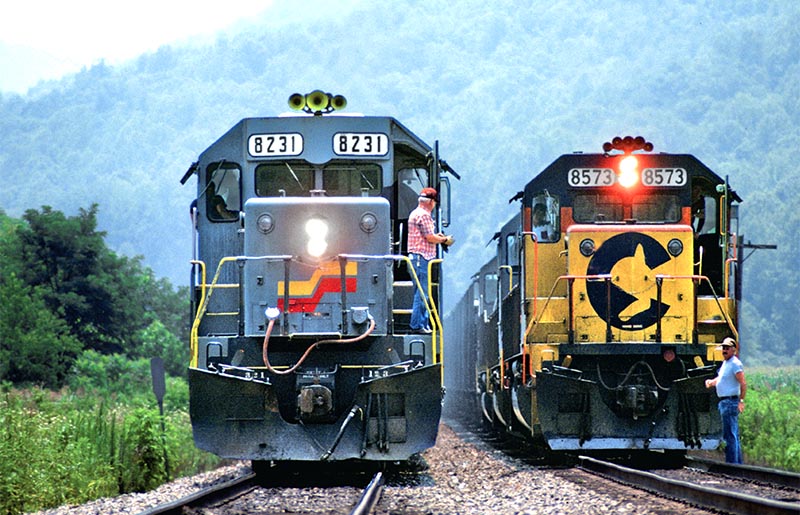 On August 5, 1987, an eastbound CSX coal train (with a rear-end helper, on the left) has taken the siding at Jasper, Va., to meet three westbound trains on this then-busy NS route. The first of the three trains (two CSX, one NS) has rolled up to allow a road foreman of engines to get off the pusher and ride the empty train back to Kentucky. Ron Flanary photo

It has been stated that Seaboard System was intentionally a “temporary” railroad, owing to its brief existence before the eventual consolidation with Chessie System to create CSX Transportation. “That’s not true,” according to Sidney Johnson, a retired CSX executive who was a part of the management team that implemented the changes. “Dick Sanborn and some other members of the executive management team wanted to clean up all those old corporations and come up with something less confusing than the ‘Family Lines.’ At key interchange points, other railroads were never sure which of our companies were in the conversation if you mentioned ‘Family Lines.’ It could be SCL, L&N, Clinchfield, or any of the other railroads under that banner. Sure, it was a sentimental loss to see these proud old railroad names go, but it was a transportation business doing its best to adapt to the enormous opportunities afforded by deregulation, so it made perfect sense.” Johnson went on to state there was no plan or intention at that moment to make SBD a short-time transitional corporation. “To the contrary, we invested heavily in a new image for our locomotive fleet, a fresh new logo, and an aggressive program of new signage for bridges, buildings, and the freight car fleet. It was our intention that Seaboard System was here for the long haul…”

This article appears in the 2015 Railroads Illustrated Annual.